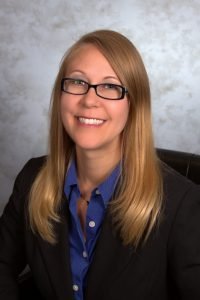 On October 15, 2019, the EPA Administrator, Andrew Wheeler, signed a supplemental proposal for renewable fuel volumes.  The proposed requirements are the same as the July 5, 2019 proposal; so, what has changed and what is the significance?  The changes concern both adjustments to projected small refinery disproportionate economic hardship grants and when and who makes up the difference to “ensure” renewable fuel volumes are met.  Table 1 below shows the final Renewable Volume Obligations (RVO) and actual small refinery exemptions (SRE).  The net RVO is simply the final RVO minus the actual SRE.  In 2017 and 2018, the net RVO was similar at 17.5 and 17.9 billion RINs.

The supplemental proposal gave insight into the decision process of past SRE grants.  The Environmental Protection Agency (EPA) has always granted full or no relief, never partial relief.  To begin the process of granting SREs, the Department of Energy (DOE) uses a scoring grid of economic factors to issue a recommendation of 0, 50% or 100% relief.  The EPA uses that input in their final decision.  Early on, 2013-2015, the EPA granted no relief when the DOE ruled 50%.  Later on, in 2017 and 2018, the EPA granted full relief when the DOE ruled 50%.  The supplemental proposal indicates that the EPA will grant partial exemptions in the future, as well as what those partial exemptions would have been in the past.  The EPA also proposes to anticipate future SRE rulings using three-year averages.  This allows one to estimate 2019 and 2020 SREs at 770 million Renewable Identification Number (RINs) as shown in Table 1.  Incorporating the estimated SREs with the final RVO gives net RVOs of 19.2 and 20.0 billion RINs for 2019 and 2020, respectively.  Both of these RVOs are a big jump from the 2017 and 2018 net RVOs of 17.5 and 17.9 billion RINs.

An important concept is the delta RVO from the prior year.  The 2018 delta RVO was 0.4 billion RINs.  This is not very significant because although ethanol consumption has been constant, both biodiesel and renewable diesel consumption have increased.  However, the projected 2019 and 2020 delta RVO of 1.3 and 0.9 billion RINs, respectively, totaling 2.2 billion RINs may be significant.  Can current production and import growth rates sustain this?

Table 2 above shows the last 12 months of renewable fuel consumption, imports and exports.  If the ethanol exported were able to be sold domestically as E15, the 3.1 billion gallons would cover it; however, that will not happen in the near future because of infrastructure challenges.  One can clearly see that even doubling current imports of biodiesel or renewable diesel would not make up 2.2 billion RINs in two years.  If the tariffs were removed on Argentina biodiesel imports, that would come close, but it still would not make up the 2.2 billion RINs.  The largest 12-month stretch of Argentina biodiesel imports (Aug ’16 – Jul ’17) was 530 million gallons (0.8 billion RINs).  The last 12 months of data show a 160 million gallon increase in domestic biodiesel production, which would account for only 0.5 billion RINs of the 2.2 billion required RINs.

TM&C has a wealth of experience spanning several decades in virtually all of the clean fuel programs affecting refiners and marketers. Throughout its history, TM&C has provided consultation on EPA and state fuel programs in essentially all aspects of compliance. Feel welcome to give TM&C’s regulatory compliance team a call. Beth Hilbourn, Vice President or Cinda Lohmann, Director can be reached at 214-754-0898.